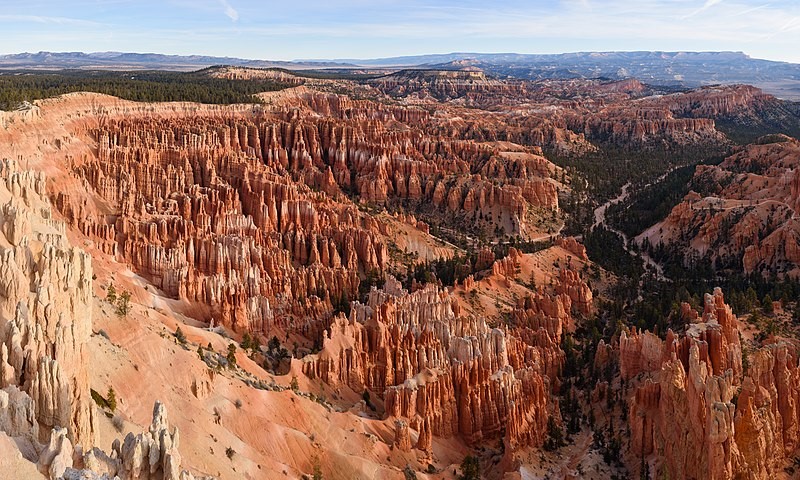 Very often, work exhausts us so much that there’s no room for creative thoughts and ideas. This is especially true for people who don’t spare time and effort to advance their own business.

If you are one of them, then there is a great solution – go on a road trip to the national parks of the United States. Relaxing in the fresh air surrounded by amazing landscapes will truly refresh your thoughts, which will positively affect productivity. In addition, U.S. national parks are a real treasure where you can perfectly relax your imagination.

Are you interested? Then organize an unforgettable trip to the protected natural areas on a rental car. We recommend rent a Jeep in USA to make your trip smooth and comfortable. Such a car will allow you to forget about hard-to-reach sections of roads, and travel at your own pace.

Among the many U.S. national parks, the following ones are especially worth your attention: 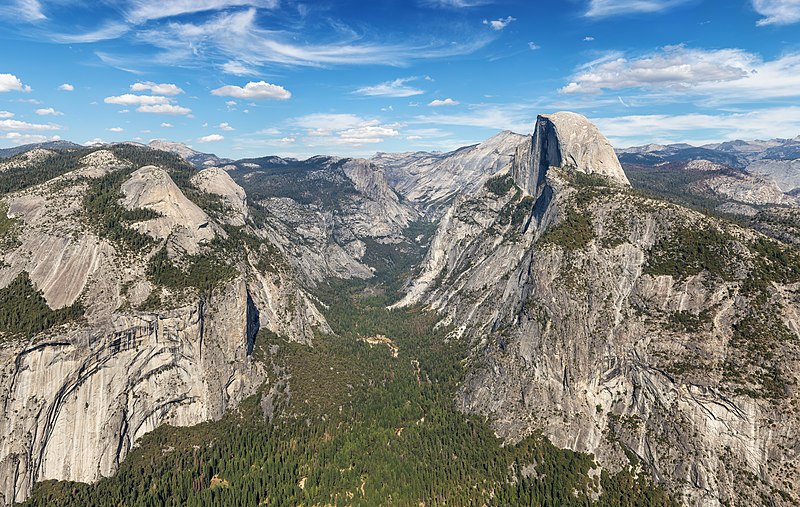 Being one of the oldest and most beautiful U.S. national parks, Yosemite was founded back in 1890. It’s located in California, on the western slopes of the large Sierra Nevada mountain range.

The Merced River flows through the valley and due to its picturesqueness and sufficient accessibility, the bulk of tourists flock there from around the globe. In total, the park has 1,300 kilometers of hiking trails and 560 kilometers of roads.

The climbers are especially fond of the El Capitan massif in the Yosemite Valley. A separate kind of the park’s attractions is the giant sequoias in the Mariposa Grove, as well as the Glacier Point glacier.

Of course, you shouldn’t miss to admire the bewitching view of Yosemite Falls, located in the Valley and reaching a height of 739 meters. The waterfall consists of three segments, and the power of its water flows reaches its peak in late spring.

This is the most visited U.S. national park, located in the eastern part of the country in the states of Tennessee and North Carolina, the border between which actually crosses the park in half.

Great Smoky Mountains Park is one of the incredibly picturesque regions of the Appalachian mountain system. The highest point is Clingman’s Dome (2,045 meters). The Appalachians are considered to be one of the oldest mountain ranges of the planet, so here you can even see the remains of ancient rocks. The territory of the national park is almost completely covered by forests, and an impressive part of them was not affected at all by human economic activity. Among the most striking representatives of the fauna are black bears, white-tailed deer, foxes, skunks, raccoons, possums, coyotes and bats.

The Great Smoky Mountains area was declared a national park in 1934 and is the only one in the United States that is free of charge for tourists. You can get to the national park through the cities of Gatlinburg and Townshend in Tennessee, and Cherokee in North Carolina. 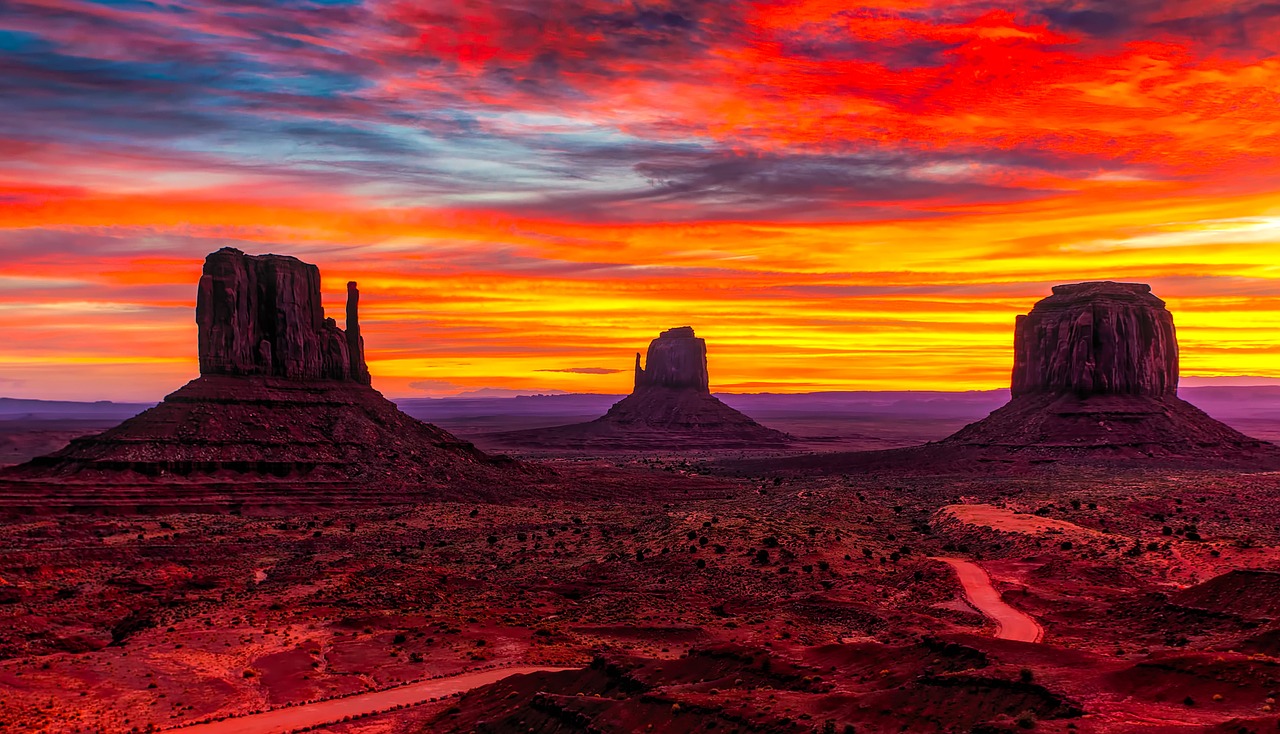 Monument Valley is an iconic territory of the Navajo Tribal Park located at the junction of the states of Utah and Arizona, which is at the same time part of the Colorado Plateau.

The height of the bottom of the valley ranges from 1,500 to 1,800 meters, while the area is about 600 square kilometers. In the process of weathering and erosion of the soil, the soft upper layer of sedimentary rocks was destroyed, as a result only sandy rocks from the sandstone remained on the surface. The red color of geological formations is explained by iron oxide in the mineral composition of sandstone.

Monument Valley features a desert climate – typical local weather is hot summers and cold winters. Sometimes it can be snowy in the winter months, but not stable cover is usually formed.

You can pay the admission to the park at the entrance, and then to slowly drive along a dirt road for about 17 miles. Some sections of Monument Valley – Hunts Mesa and the Mystery Valley, are only available as part of excursions. 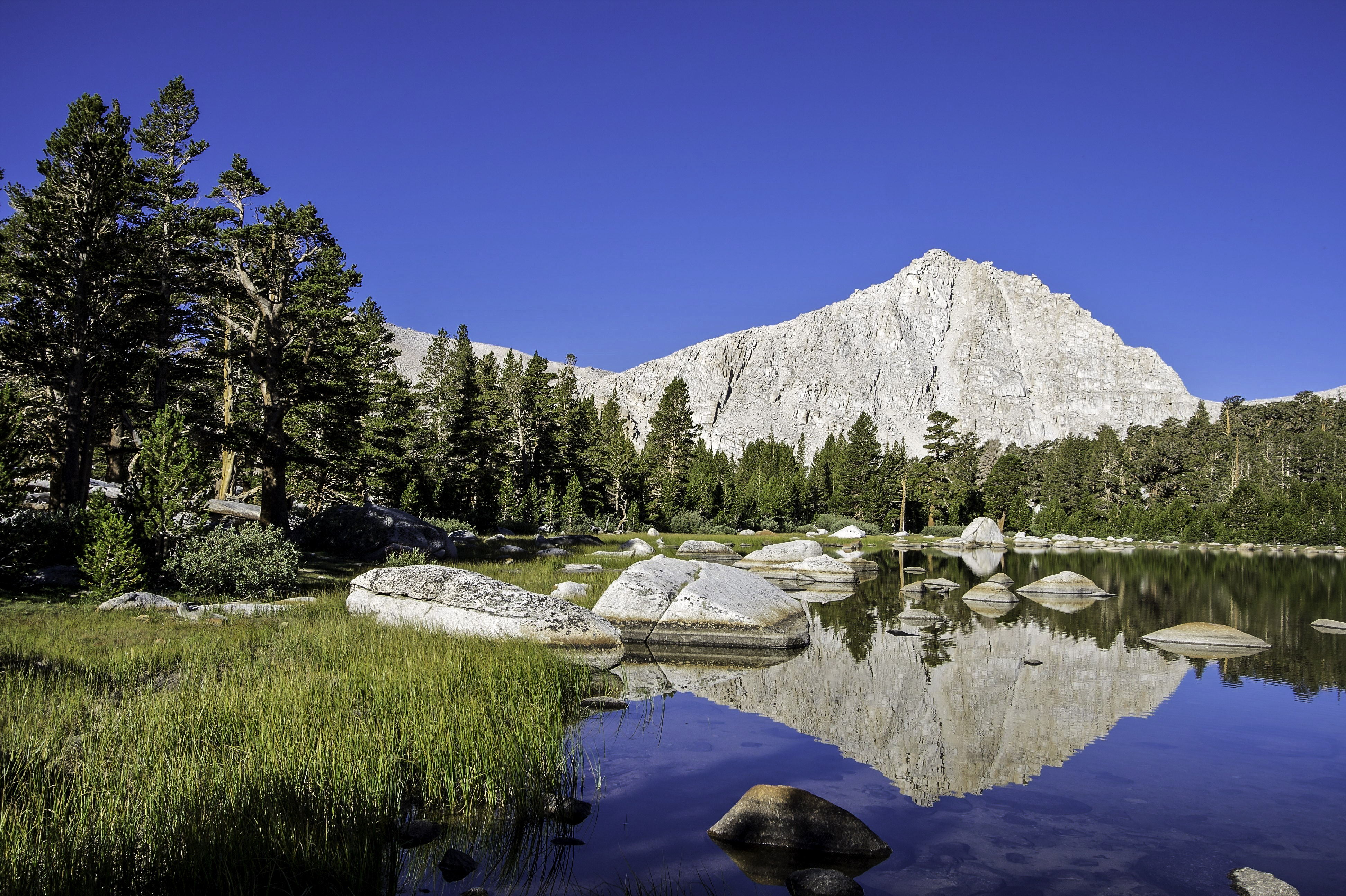 Sequoia National Park is located in the U.S., in the south of the Sierra Nevada, east of Visalia, California. Every year, the reserve is visited by millions of tourists from all over the world who want to take a look at the main natural wonder of the park – giant trees sequoias, as well as the picturesque rocky landscape, which has in its arsenal both caves and ponds.

The park attracts the attention of the fans of wildlife and secluded relaxation, for which it has all the conditions: campgrounds, parking, and organized excursions. Along the park there are a lot of tracks that allow you to travel by car. So you can rent a Jeep in USA and enjoy it!

The park is famous not only for trees, but also for caves. There are about 250 of them, the deepest of which stretches for 32 kilometers. However, tourists are allowed only into the Crystal Cave (5.5 km) – it’s the second largest and the longest cave in the park. The remaining caves are accessible only to speleologists. 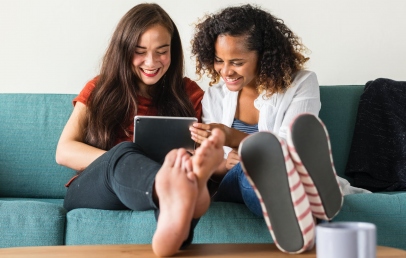 The Evolution of Work-Life Balance 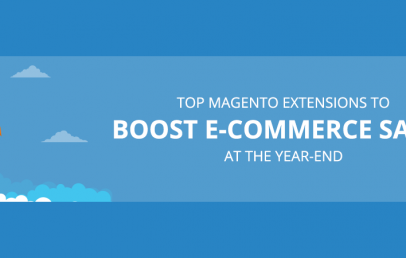 What Are The Basic Components Of Accounting System?

What Are The Basic Components Of Accounting System?